Wheat, barley, rye, and hops, dark or light, sour or bitter. All of the varieties that could ever be dreamed of. National Beer Day celebrates the entire history of this magnificent drink and everything it has to offer to the world!

When something has been around for essentially the entirety of human civilization, that must mean that it has something special about it.

So what makes beer so special?

Is it the wide variety of flavors it is available in? The frothy head and the frost that forms on a truly, perfectly chilled glass? Or is it something else entirely?

National Beer Day is the perfect opportunity to dive in and sample the panorama of flavors and experiences it offers. It is the ideal day to find out exactly what it is that makes beer so absolutely special and one-of-a-kind!

How to Celebrate National Beer Day

For those who enjoy a cold beer on a hot day (or even a warm beer on a cold day!) National Beer Day is all about taking in the experience. Try these ways to give a nod to the day:

Get Friends Together to Celebrate National Beer Day

Celebrating National Beer Day is probably one of the greatest celebrations a dedicated beer lover can have! Simply go out and buy a selection of favorite brews, and also a few varieties that may be new. Get friends together to share their favorite flavors and to bring a few new options to the mix.

People may talk about wine as the pinnacle of culture, but these people have simply never had the joy of a beer sampler from a local brewery, or discovering the hoppy nature of a little-known beer.

Is National Beer Day for Beer Hipsters? It’s possible. But it’s also for anyone who happens to love a tasty brew.

Take a look at these weird beer-themed products we found!

There’s a lot to be said for the simple pleasures of life. Like beer! On National Beer Day, it’s time to celebrate our favorite brews and hoppy beverages (and some of the hilarious products we’ve found on the internet). 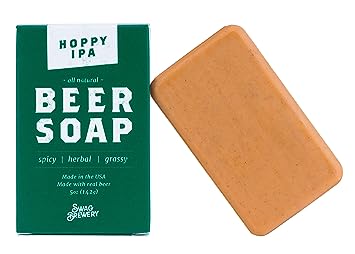 What's the strangest thing you've ever used to wash with?

This unique soap is made with actual beer, so it's not only practical for bathing and washing, but also has a great fragrance and is all natural!

Get drunk off your own suds
We earn a commission if you make a purchase, at no additional cost to you.
Liquid Liberty 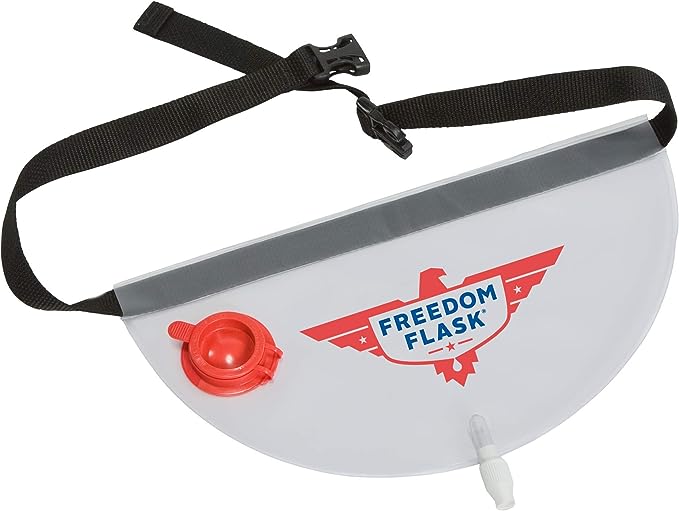 Freedom Flask may be the perfect solution for you! This hidden flask lets you take your favorite brew with you – no more missed touchdowns or home runs because you're stuck in line at concessions!

Get the ultimate BYOB apparatus
We earn a commission if you make a purchase, at no additional cost to you.

In today’s beer culture, it’s easy to find a local craft brewery that offers tours, tastings, and even other fun activities. While many are located in larger cities, some have also begun to see the beauty in placing their beer brewery locations outside the city limits–on farms or in rural areas. Some have even converted old barns or farm buildings to house their beer-making equipment and activities.

Once at the brewery, learn the history of beer itself as well as the local history of the particular place and types of beer brewed. See the production lines and hear stories while on the tour. A beer tasting is likely to be on offer, sometimes tapped directly from the tanks to ensure freshness.

For those hard-core beer lovers, it only makes sense to combine a vacation with the soaking up of all-things-beer. Try visiting these cities that are famous for their beer industries:

The history of National Beer Day goes back, well, ostensibly as far as beer. And given that there is (apparently) the entire breadth of human history to explore in the examination of this delightful drink, where is the best place to begin?

The first thing to start with is a little bit of science, and how it plays into the creation of this frothy drink. Anyone who knows anything about beer production today knows that yeast is a vital element in its creation.

However, 7000+ years ago when beer began, yeast didn’t come in nice sealed foil packages waiting for nothing more than water and sugar to be added. No, it roamed wild and free. So how did brewer’s capture it?

The first beer was almost certainly created by accident when a container of wet cereal grains was likely left open to the sky, and the wild yeasts of the surrounding area happened to fall into it. That’s right, the same method used today for ensuring that food spoils is the exact same method they used for starting up a nice rich brew!

At the time, what this meant for beer-making was that every brew created was different, even in the same area. However, some consistency eventually became possible which, at the very least it meant that certain regions were known for the particular flavors that their yeasts imparted to their local beers.

As beer developed, it began to take on the characteristics and flavors that were preferred by the people, as well as the use of the materials which were available at the time. And its history continues on today from enormous companies to small craft breweries.

National Beer Day is celebrated on this day because it coincides with the day in 1933 when the 18th Amendment was repealed in the United States. This act ended 13 years of prohibition and made beer (and other alcoholic beverages) legal again. Some people like to celebrate the night before, referring to it as “New Beer’s Eve”.

Find out what else is happening on your big day.
Manage your privacy